What are Bioactive Peptides?

In the last 10 years or so there has been a lot of attention toward peptides and their use in various desired anti-aging and nerve recovery purposes. Examples of naturally occurring peptides that you may have heard of are oxytocin, glutathione, insulin, glucagon, and melatonin. They serve different functions, like improved healing, improving brain activity, sleep, and other desired normally body functions. Our bodies, particularly the brain, understand what they are because all of the amino acids that make up the sequence are natural. Peptides are naturally synthesized from the transcription of a sequence of the genetic code, DNA. Transcription is the biological process of copying a specific DNA gene sequence into a messenger molecule, mRNA, which then carries the code for a given peptide or protein. Reading from the mRNA, a chain of amino acids is joined together by peptide bonds to form a single molecule.

Several exciting peptides have been shown to prove beneficial:

BPC 157: Induces a healing response. It is composed of 15 amino acids and is a partial sequence of body protection compound (BPC) that is discovered in and isolated from human gastric juice.

Peptides are administered intramuscularly, subcutaneously, or by IV. The potential is definitely exciting and, as research grows, we will have more and more opportunities to harness the potential of peptides.

What Can You do for Chronic Pain?

There is a lot that providers do to help ameliorate chronic pain, but in the provider/patient relationship, there is much that a patient can and must do in order to achieve their pain relief and wellness goals. First and foremost, we all need 8-9 hours of restorative...

END_OF_DOCUMENT_TOKEN_TO_BE_REPLACED 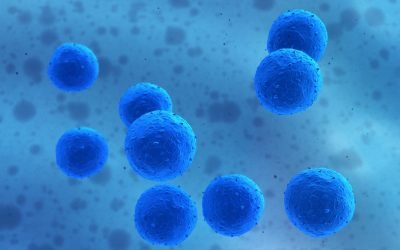 What are Stem Cells and Are They Necessary to Heal?

What is a stem cell? The truest simplest definition is the body’s raw materials — cells from which all other cells with special functions are generated. A stem cell can take two paths: either renew itself or become a specialized cell like blood, brain, heart, bone. There is no other cell in the body that has the natural ability to generate new cell types.

END_OF_DOCUMENT_TOKEN_TO_BE_REPLACED

A leading contributor to chronic pain and inflammation is the food we eat. When symptoms and conditions fail to respond to standard medical therapy, an individual may incorporate an anti-inflammatory diet such as the Institute for Functional Medicine Elimination Diet....

END_OF_DOCUMENT_TOKEN_TO_BE_REPLACED
« Older Entries
← What is Jumpers Knee and How Can it be Successfully Treated? Leading Causes for Increased Chronic Pain and Inflammation →